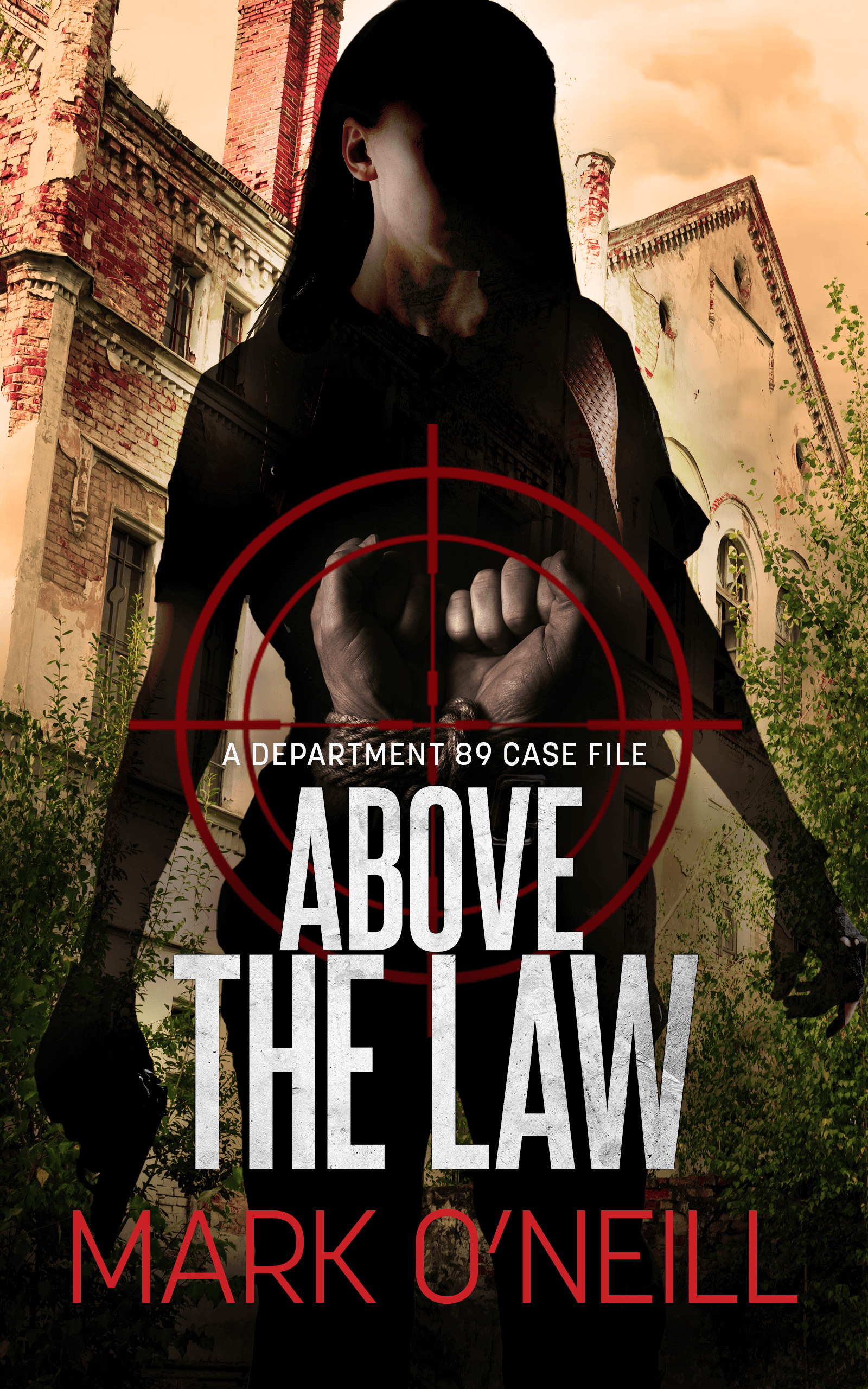 Sophie Decker Must Show Nobody Is Above The Law.

When a refugee is accused of a vicious sexual assault and robbery, outraged members of a far-right nationalist group vow revenge. Setting up armed vigilante groups in the town of Hofstadt, they declare the town’s independence from Berlin. They take the police and the mayor hostage, as well as Lieutenant Max Amsel from Department 89 who is there visiting his mother. He is mistaken for the refugee and beaten savagely.

With the international media watching, Chancellor Claudia Meyer has no other option but to order in Major Sophie Decker and Department 89 to take back the town at all costs and rescue Amsel. But Amsel is scheduled to be executed…..

Major Sophie Decker crouched on the side of the Bavarian mountain, looking through binoculars at the area below.

There was a biting chill in the air with the wind whipping across her face, but Decker barely felt it. Right now she was focused on only one thing – her prey. Everything else was being ignored. She couldn’t afford to be distracted. She had someone to kill and there was no way he was going to escape justice now.

She thought it rather ironic that her victim would face justice as he was actually a criminal judge. A judge who didn’t hesitate to take bribes to acquit clearly guilty people. A judge who would side with the defence for the right amount of money. A judge who released a pedophile who then went on to sexually assault and murder a little girl. That was the final straw for everyone.

The problem for the police though was that there was no evidence. The judge knew all the tricks and pitfalls as he heard them every day in his courtroom. So there was nothing to arrest him on. The evidence was circumstantial but enough to show his guilt. But in Germany, nobody was convicted on circumstantial evidence. If arrested, the prosecutor wouldn’t even press charges against the man. He had said so himself.

That was when Chancellor Claudia Meyer decided that the judge needed to have a bad collision with a bullet and leave the bench permanently. The matter was so sensitive that Decker was asked to take care of it personally. She didn’t hesitate to take the assignment.

It was quickly discovered that the judge had a log cabin in the woods outside Berchtesgaden in the southern Bavarian mountains. He went there every second weekend and Decker was convinced he kept his money there. When the job was done, Decker was going to find out. If the money really was there, she was going to give it all to the parents of the murdered child.

With the approach of winter, the late afternoon was already bringing with it the rapidly incoming darkness. So as Decker cautiously walked up to the cabin, she had the benefit of darkness on her side. Clad all in black, she looked a fearsome sight.

But some sixth sense made her stop for a moment. Schmitz with his fondness for comic books would have called it the “Spidey sense”. Whatever it was, Decker knew to stop immediately where she was.

She waited for her eyes to adjust to the darkness and as they did so, she realised there was a very thin wire stretched across the path. On either side were tin cans, so anyone tripping against the wire would rattle the cans.

A rudimentary alarm system but also an efficient one. Decker swore to herself. She had almost screwed everything up. She was vastly underestimating the judge who was determined not to get caught.

Decker carefully lifted each leg over the wire and prayed there was nothing buried in the ground on the other side. That’s what she would have done in his place. But as her black military boots touched the ground, there was no indication of holes or other traps. Decker exhaled slowly.

Unzipping a bag which had been slung over her shoulder, she took out a machine gun with a suppressor on the end. After checking the ammunition, she held the gun behind her right leg, pulled the balaclava down over her face, and approached the cabin from an angle. She hoped there was enough of a blind spot for the judge to not notice her approach. The fact that the curtains were now partially drawn helped.

She knew he was in there. She had been staking the cabin out all day. But she couldn’t go in until now as he had been entertaining guests. Meyer’s instructions had been clear. No collateral damage. Only the judge had to die.

Guilt had been decided. Sentence had been passed. Decker was now ready to carry out the punishment.

Decker crouched as she neared the door. As she lowered her head, her finger curled around the trigger ready to fire.

Slowly exhaling, she carefully opened the door and walked in, the gun raised in front of her. The warmth of the cabin interior was a pleasant change from the frigid cold outside.

Walking into the large combined living room and kitchen, she saw that the judge was not alone. Also there was the prosecutor. The same one that refused to file charges against him.

When they saw Decker, the color drained from their faces. When they saw the gun, the prosecutor wet himself and started crying. He knew what was coming. The judge for his part remained calm and calculating.

Decker’s attention was drawn to a metal box which had been pulled out of a hollowed out part of the floor. It was stuffed with cash.

“You’re in this together” said Decker, matter-of-factly, “no wonder you didn’t want to prosecute the judge. You’d be cutting off your nice little offshore retirement fund.”

“There’s been a misunderstanding here…..” said the judge condescendingly, “put the gun down please before I call the police….”

He was interrupted by a burst of fire from Decker’s gun which exploded the judge’s kneecap. He screamed in horrible agony and slumped to the floor.

The judge was crying and clutching his knee, which was bleeding profusely. White jagged pieces of bone stuck through his shredded trouser leg and Decker knew the man would bleed out if he didn’t get to a hospital immediately.

Which was never going to happen. The only place he was going was to the morgue.

“Take the money” gasped the judge, blinking through tears, “take it and go.”

“Oh I’ll take it” said Decker, “and I’m going to give it to the family of that little girl who was murdered by the pedophile you released.”

“Glad I have your approval” said Decker sarcastically, “by the way, Chancellor Meyer has asked me to give you a message. As of now, you’re officially retired.”

She fired a shot into the judge’s head which blew a hole out of the back of the skull. Blood and brains sprayed the fridge and stove, and the body bounced backwards against a cupboard.

Decker then turned and looked at the prosecutor.

Decker snorted. “You don’t get it do you? There will be no trial and confession. I’m here to make sure this problem disappears forever. Sorry but you made the wrong choice.”

Decker fired again, this time into the prosecutor’s head. His body flopped back onto the now-blood soaked sofa, his mouth slightly open as if surprised.

Decker pulled out the folded gun bag from her pocket and started stuffing the cash inside it. She then threw the gun in along with the two bullet cartridges.

As she left, she threw a Molotov cocktail inside the cabin which immediately set fire to the dry wood. As she sprinted away from the scene, the cabin was quickly ablaze.

Decker knew she needed to get away fast before the emergency services arrived. She had a rendezvous with a fast car at the next town over. She needed to hurry up. 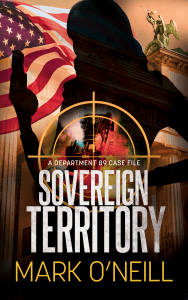 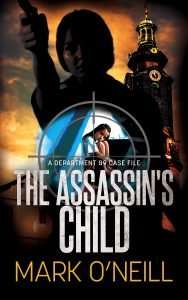 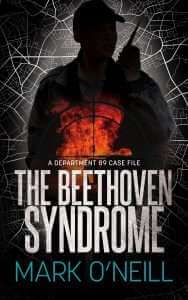 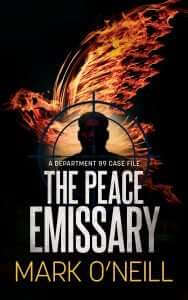 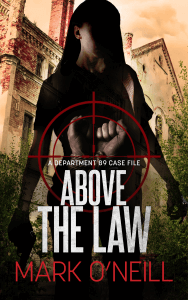 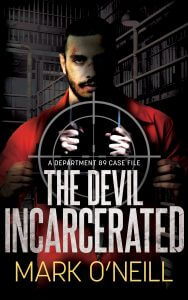