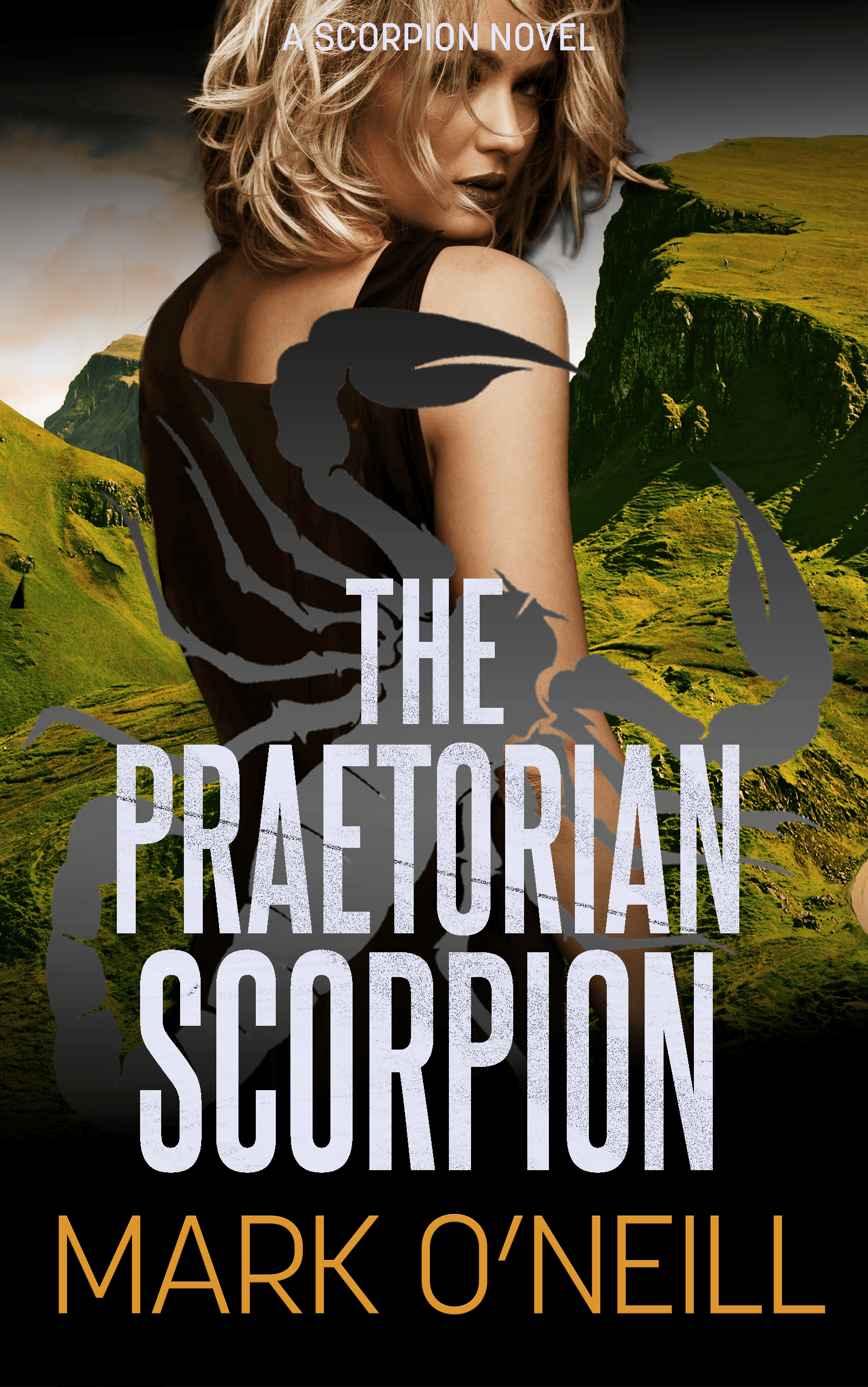 When Your Life Is In Danger, You Need a Protector.

Former Legionnaire Jens Schacht is in hiding from the British Government after wiping out a British army unit in Iraq. He covertly enters the United Kingdom, intending to hide out in the Highlands of Scotland until the official heat dies down.

But fate has other plans for him. A local woman in the police witness protection program has her cover blown and her gangster husband tries to kill her. When Schacht intervenes, he is rewarded with unwelcome attention by the local police. This in turn brings the SAS to Scotland, on the orders of the Prime Minister, to get revenge for Iraq.

Not only does Schacht have to look after the woman who is still in danger, he also has to look after himself if he wants to stay alive. And that means fighting off a squad of the best trained special forces soldiers in the world.

It was close to 4.00am when the handle of the front door began to slowly and quietly move.

Upstairs, everybody was asleep. But the person currently breaking into the house already knew that. He had been watching the property all evening, and when the lights went off, he continued watching the upstairs rooms for any signs of movement for several more hours. Finally he decided it was now or never and headed towards the front door.

This had to be done right. He would only get one shot at it. If he messed it up, they would tighten security and that would be that. This was why he was going in at 4.00am. It was well known that 4.00am was the preferred time for secret police forces throughout history to conduct raids on peoples homes. The intended targets were at their most tired then and therefore less likely to resist.

At least he hoped that would be the case for him.

After carefully picking the lock, Velkan Mircea stepped cautiously into the hallway of the darkened home. His well-paid accomplice inside the home security company had already disconnected the various alarms and made sure that the local police would not be alerted to the break-in.

Mircea was a violent crime boss from Romania who now controlled one of the biggest gangs in London. He was into anything that made money but his main areas of specialisation were drugs and prostitution. He never normally got his hands dirty like this but these were desperate times calling for desperate measures. He simply didn’t trust anyone else to do this properly.

Removing a suppressed pistol from his pocket, Mircea slowly and carefully ascended the stairs towards the main bedroom where his target slept. He hoped to God there were no creaking stairs which would alert his intended targets that he was approaching. But thankfully there were none and he was able to ascend the stairs undetected. Entering the room, he could hear the shallow steady breathing of two people in the bed. The target and his wife.

Whom should he go for first, he thought. Direct to the target or through his wife? Hmmm, choices, choices.

Eventually he decided and strode up to the target. He was a middle aged man, who was prematurely balding. He had rings under his eyes as if any sleep he got was a blessing. His mouth was slightly open and Mircea took advantage of this by slowly pushing the pistol suppressor between the man’s lips.

This made the man wake up suddenly. He was seized with a sudden fit of terror at seeing the gunman standing over him with a pistol in his mouth. Before he could stop himself, he had wet himself.

The police officer’s sudden lurching about in the bed stirred his wife awake, who turned and let out a short scream. She jumped back against the bed’s headboard, a look of sheer terror on her face.

“Detective Chief Inspector Jackson, I would strongly recommend you keep your wife silent” said Mircea threateningly, “otherwise I will forced to silence her. Permanently.”

Jackson placed a shaking hand on his wife’s wrist. This had a strangely calming effect on her and her breathing started to slow down.

“A criminal” said Jackson, glaring at Mircea. Jackson had recovered some of his composure but there was a thin glistening coat of sweat forming on his forehead.

“A criminal?” echoed Mircea, “come now, I prefer the term ‘aggressive entrepreneur’”. Mircea found this extremely hilarious and started chuckling to himself.

“Get to the point” said Jackson, “what do you want? If you just wanted to kill me, I’d be dead already.”

“You know what I want Jackson” said Mircea venomously, “I want my wife and you are going to deliver her to me.”

“You know that’s not possible. She is in witness protection.”

“Then it’s lucky I am standing here pointing a gun at a senior officer of the witness protection program at the Metropolitan police – and his wife.”

Mircea turned the gun and pointed it at Jackson’s wife.

“Then that means you have just sentenced her to death.” Mircea gripped the gun with both hands and aimed it squarely at her head.

“Mike!” said the wife hysterically, “tell him what he wants to know.”

“Yes Mike” said Mircea, “otherwise after Melinda here is dead, I might pay your parents and Melinda’s parents a night-time visit too. Then your other extended families. Wherever will I stop?”

“Alright” said Jackson hoarsely, “I’ll get you the information. But it will take some time. She has been moved several times and I am not privy to her current location. I will need to go into work and check the database.”

“You do that Mike. You check your database. In the meantime, Melinda stays here with me to ensure you don’t get up to anything you shouldn’t be doing, such as telling anyone about this visit. Do what you’re told and I will leave here without harming you. But if you try anything stupid, your wife dies. Understood?”

Jackson nodded. “Give me a couple of hours.”

The lights were still burning brightly inside Downing Street despite the late hour. Or the early hour, depending on your point of view.

The Prime Minister, Duncan Ballard, was well known for not sleeping and prowling the halls at all hours. So much so that senior civil servants took to calling him “The Zombie” behind his back. But Ballard was well aware of his nickname and actually quite liked it. He never really liked sleep very much. He considered it a waste of time.

Plenty of time to sleep when you’re dead was a motto he liked to repeat to people when they asked him about his irregular nocturnal habits. He had picked up the habit of short sleeping hours from his Scottish farmer father, who believed in hard work from the crack of dawn to the stroke of midnight. His father had died at the age of 102 so obviously he had done something right.

It was approaching 4.30am when there was a light tap at Ballard’s office door. Ballard was sitting behind his desk in a dressing gown, catching up on paperwork. He squinted at the clock and wondered who else was up at that hour.

The door opened and his private secretary walked in.

“Roger?” said Ballard, “what on earth are you doing up at this hour?”

Roger Curtis was Ballard’s Chief of Staff and the reason why Ballard was the Prime Minister in the first place. A Machiavellian sort of character, Curtis delighted in the Dark Arts, intimidating political opponents into submission. Like Ballard, he too rarely slept and was often seen roaming the corridors of power at all hours.

“Interesting news Prime Minister” said Curtis, coming into the room and flopping into an armchair, “it would seem we might have a sighting of Jens Schacht.”

Ballard sat back. “You have my full attention.”

Curtis threw a file on the desk. “MI6 took those photos in Casablanca. They are not one hundred percent definite but they are willing to bet the individual is Schacht.”

Ballard took the photos out of the brown manilla folder marked “Top Secret” and peered at each one. To say they were blurry would be putting it mildly.

“This could be anybody” said Ballard, throwing the photos down on the desk, dismissively. “I could be looking at bloody Santa Claus for all I know.”

“Pretty sure” echoed Ballard, “you want me to, what exactly? Authorise the elimination of this person based on ‘pretty sure’? Come on Roger, you know better than that. I need more evidence.”

“Sometimes you don’t get a nicely wrapped solution on a silver platter.”

“That will be all Roger” snapped Ballard, “go to bed and get some sleep. You look like shit.”

“So do you sir” said Curtis, snippily as he opened the door and left. 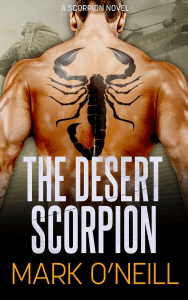