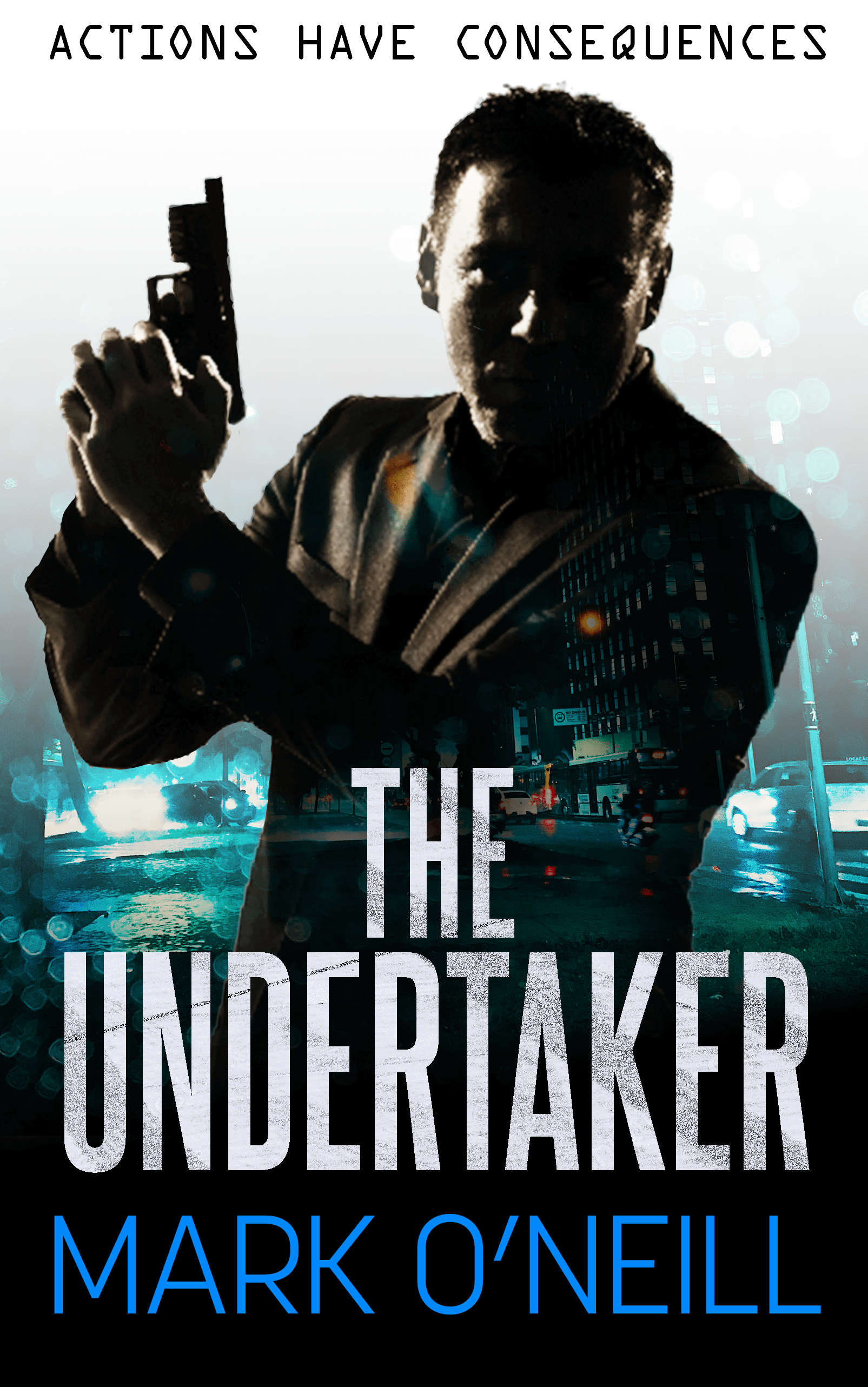 John Smith is an ordinary man, with an ordinary job and a family. But it wasn’t always like that. Nicknamed “The Undertaker”, he was once an assassin, until he fell in love and turned his back on his violent life forever.

Or so he thought.

Now a sudden devastating hit by the Russian Mafia has brought the Undertaker out of retirement, Seeking vengeance, Smith declares war on the people who have wrought unspeakable havoc on his life.

> Get the large print paperback

Exceptionally well written, a pleasure to read and highly recommended to anyone looking for good reading.

My name is John Smith. I am a plain man with a plain name and a plain face. I have a plain boring job as an accountant, drive a plain boring car and live in a plain boring town. I revel in my plainness. I marvel at my anonymity. I bathe in how normal I am. In a world where people search for attention, I just want to be left alone.

But what is far from plain in my life is the beautiful wife and wonderful kids I am blessed to have. Or should say “was blessed to have” because they were suddenly and violently taken away from me. Just when I thought my life was perfect and that nothing could go wrong, just when I thought that I had left my old life behind me, they were taken. Taken in the most violent way possible, experiencing a death that nobody should ever have to experience.

Now I am no longer plain boring John Smith. I will shed my anonymity to gain my vengeance on those who have destroyed my life. I was told in no uncertain terms to walk away if I wanted to live. But what they failed to understand is that nobody does what they did to me and expects me to walk away. They didn’t know me in my past life. If they did, they would know better than to think I would just run away on command and curl up into a ball.

As my father taught me when I was young, every action has a consequence, and those consequences can sometimes be deadly. The people who decided to rob me of my wife and children are about to find this out to their cost. A price must be paid – and it will be paid in full.

Every story must have a beginning so this one should start the day I last saw my wife and children alive. That was the moment that my life, as I knew it, effectively ended. When my dreams of a possible new life were dashed. I should have known that what I had was too good to be true. That’s what happens when you strive for normalcy in your life. There’s always someone or something ready and willing to take it away from you.

I had been running late that morning. The alarm clock had failed to go off and Tommy, my son, had been acting up. He didn’t want to go to school and I suspect it may have been because of a certain math exam he didn’t want to take because he hadn’t studied for it. Either way, by the time I had dealt with my son and got myself ready, I was more than thirty minutes later than normal.

I often wonder what would have happened if I had been on time. If I had been, I would have driven my wife to work and the kids to school, before going into my own office. I would have been there to protect them and possibly save them. But that morning, an important client was waiting for me, and I didn’t have time to take them. So I took one car and my wife Audrey took the other car along with the kids.

That was the last time I ever saw them again. Rushing into the car, arguing with one another, with a sullen Tommy pondering his math exam, Skye texting one of her friends, and Audrey herding them both like disobedient cattle. I drove off in my own car thinking about the important client that was going to help me meet my quota and keep my business partner happy. Mundane stuff. Meaningless stuff. Meanwhile, the people I cared about more than anything else in the world were driving off to their deaths.

I later learned what happened first from the brusque and overworked police detective that was assigned to my case. Then from the blanket media coverage that just refused to stop. Where I lived was so boring, nobody could remember the last time something like this had happened. So for the media, it was the gift that kept on giving.

Audrey had stopped the car at a set of traffic lights which had turned red. While waiting for the lights to change, a larger car with a steel grate welded to the front for maximum impact drove at high speed into the side of our car, flipping it over multiple times. The screeching of metal and the smell of gasoline filled the air as our car with Audrey and the kids inside bounced around on the road and finally came to a halt.

If the driver of the larger vehicle had stopped there, the whole incident might have been considered an unfortunate accident. But what clinched it as murder was what happened next.

The driver got out with a suppressed machine gun and began shooting at the wreckage of our car. Dressed in black, wearing a black mask, he looked a fearsome sight. As he fired, bullet cartridges spilled all over the road.

The bullets thudded into the underside of the car and the smell of gasoline got stronger and stronger. Bystanders were screaming and running for cover, but a brave few were filming the scene with their phones. The distant sound of police sirens must have made the gunman realise that his time was running out, but according to eyewitnesses, he showed no signs of hurrying. In fact, people commented on how eerily calm he was in his task.

When the gun was empty, he didn’t stop and leave. On the contrary, he reloaded and fired again. It was only when the car violently exploded in a fireball from the petrol on the road that he considered his job done, got back into his car and drove away. The vehicle would later be found abandoned and burnt out miles away outside of town.

My beautiful Audrey. My poor children. They did nothing to deserve this. Nothing at all. When the police discovered my previous life, they were sure that one of my past sins was coming back to bite me, that revenge had somehow caught up with me.

But it had nothing to do with my past. Absolutely nothing. But I vowed on their graves that I would make sure that the person I used to be would be the person that would get revenge for them. That I would use my old talents once more, despite having vowed to myself never to go back to what I was.

The Undertaker was coming out of retirement.

It's not often that I am so enthralled with a story that I read the entire book nonstop in one sitting, but it happened here. 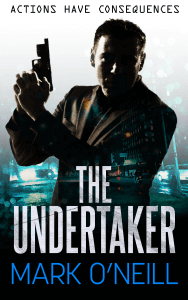